This was our first week with the club split into two. This week was the turn of the younger half (we need a better name – I’ll ask the players). In addition Tolu, Josh, and Adam came along from the older group to give some coaching and general help. The boys did a great job so many thanks to them.


As you can see from he photos the club was still healthily busy. We did a bit of learning in small groups then everyone played a round of the UK Chess Challenge tournament. Congratulations to Naman who made his first ever checkmate against Cody (who earlier made his first checkmate at the club against Andrew). We have a few players just learning the moves and one of the great things about the club is that the older or more experienced players are willing to help them.


Next week be the older half will meet and be joined by a few of the stronger young players.

Dylan concentrating against Alice in the foreground. 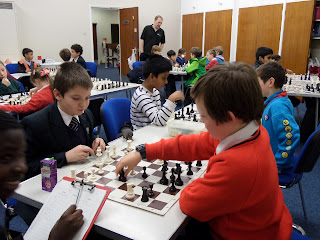 Adam and Sebastian on a coaching break watched by Tolu who was in charge of recording the tournament results. 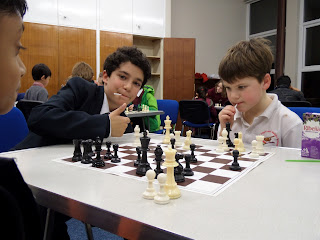 Leon helping out Naman and Cody in their match. 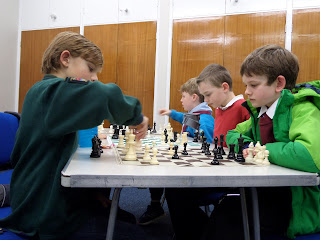 James moving against Lucas. Welcome back to Tommy (in the middle) after his broken leg.