A couple of quieter weeks down the club over the Easter holidays but still enough juniors to devour all the chocolates and marshmallow chickens. This week Scott Shelley kindly came along to help out. Scott is one of the strongest juniors but is a little too old and much too tall for our club. He took on 6 of our players in a simultaneous match. Congratulations to Francesca (helped for the finish by Nina) for managing a draw after over an hour's play. 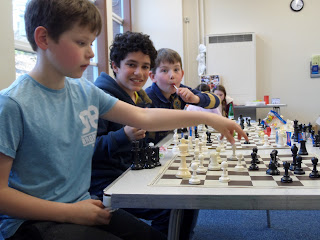 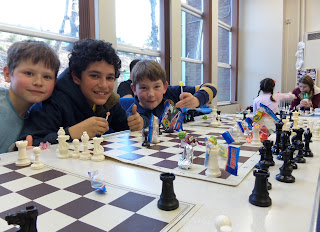 , and Tom resorted to hiding all ’s pieces under haribo packets – something frowned upon at the top level of chess – in an effort to confuse Scott. 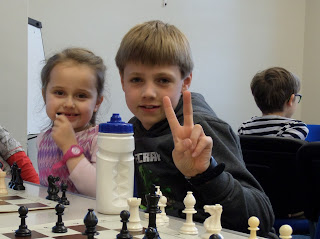 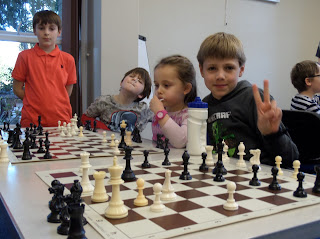