This week (18th October) we had a special team tournament to celebrate Josh’s birthday. Cake and competition were both consumed with enthusiasm. Ayub’s team with Tom, Ben, Nikolas, Alex and Andrew ran out the winners. 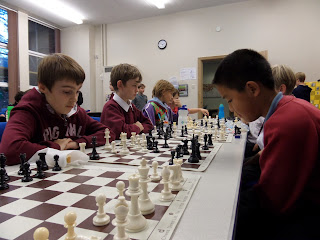 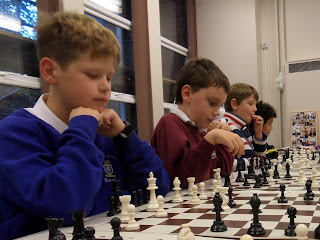 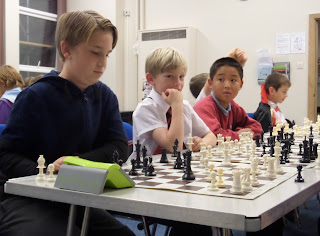 Ayub, Tom, Ben and Andrew - part of the winning team. 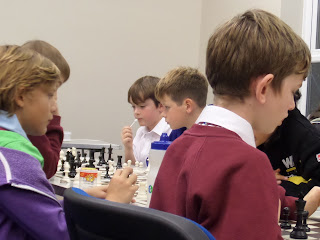 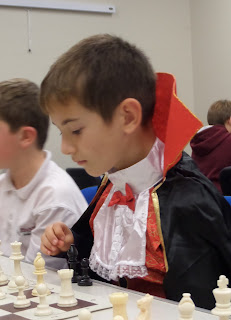 Andrew popped in for some chess on his way to a Halloween Party. Perhaps we'll have a chess fancy dress tournament next year!﻿


CJCC will be closed next Tuesday (25th October) for half-term and will reopen on 1st November with the younger group.