On Sunday was the 3rd Brentwood Train and Play event which attracted 50 children to the mix of coaching and team competition. There was a strong CJCC flavour with the coaching provided by two CJCC parents and me – International Master Richard Pert and two-time Essex Champion Russell White.


Richard had recruited British Grandmaster and former world number 4 Jon Speelman to join us for an afternoon simultaneous match. junior (and sometime CJCC helper) Scott Shelley completed our team. The 5 of us took on 43 juniors and 11 parents simultaneously. Few players of any age get the chance to face opponents as illustrious as Jon or Richard. Even fewer get the chance to team up with them and it was a great way to round off our 2016 events.

They’ll be a series of these Train and Play events in 2017 starting on 15th January when Richard and I will be joined by IM Adam Hunt. In February British GMs Matthew Sadler and Nick Pert will be the guest coaches. Keep an eye on www.britishchess.co.uk for more details. 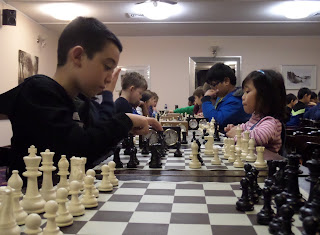 Alex on his way to 3/3 for Team Gary Kasparov 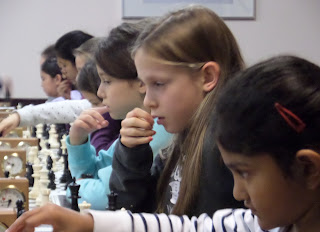 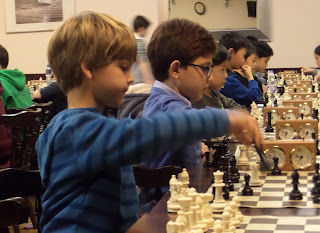 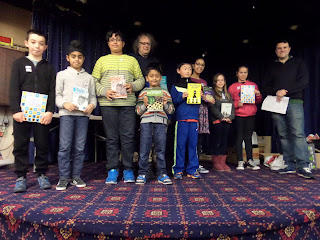 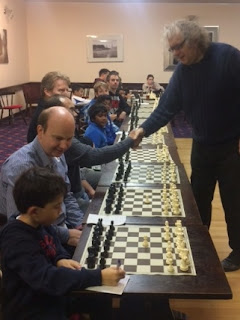 GM Jon Speelman greeting his opponents before the start of the simul. 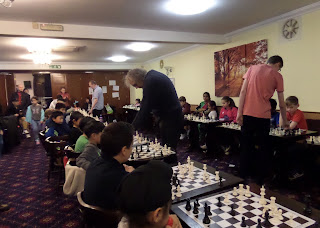 Jon, Scott and (in the background) Russell mid-simul.﻿