Sunday saw the latest H+H Fire Train and Play event. This one was held at and featured over 90 children with coaching from GM Matthew Sadler, GM Nick Pert, IM Richard Pert and myself. About half the children came from outside .


The children were split into 4 groups based on chess ability and all enjoyed 3 coaching sessions with 3 different coaches interspersed with a 3 round tournament within their group.


Those who recorded their games also had a chance to sit down with one of the coaches and analyse it. This proved extremely popular with Grandmaster Matthew Sadler in particular often surrounded by eager players. Matthew flew in from for the event and struck up an instant rapport with the children.


It was great to see so many current and former CJCC players. Congratulations in particular to Tommy Wood scoring 2.5/3 in Group D at his first ever chess event and Alexander Lockett and Max Pert both scoring 3/3 in Group B. All 3 received chess book prizes.


A report on the event will appear at www.britishchess.co.uk but below are some photos from the day. 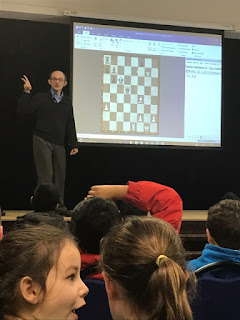 CJCC Player Olga finding something to share during Matthew's presentation. 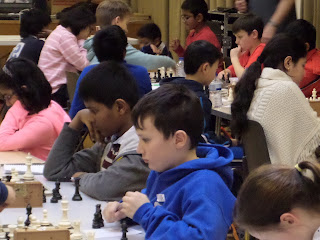 Concentration in the Tournament Hall. 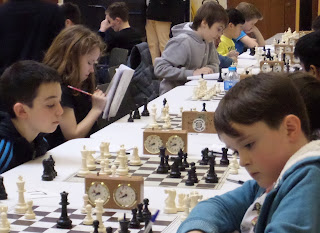 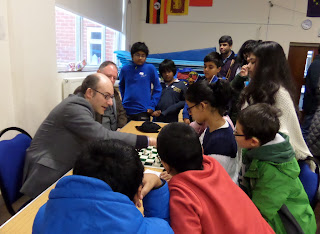 GM Matthew Sadler's game analysis was popular all day. I took this photo after the event had officially finished but Matthew and the juniors were happily carrying on.