Today was the final Essex Junior Chess Association tournament of the Grand Prix season at Saffron Walden. It turned out to be a particularly strong U11 section with a number of players from outside Essex. 8 CJCC players took part including Ben, Eddie and Lawrence who were at their first EJCA event.

Congratulations to Josh, Jake, Olga and Stewart who all won a trophy for having attended all 5 EJCA events. Lavanan, Ben, James and Ryan played in the U18 Open ahead of representing KEGS in the U19 National School Final on 5th/6th July. KEGS are one of 16 schools from across the UK to have qualified.

Next Sunday (2nd July) is the H+H Fire Train and Play event at Moulsham School in Chelmsford. 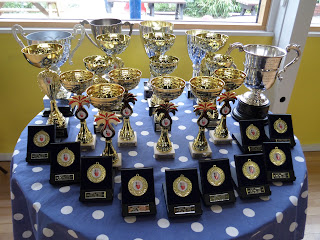 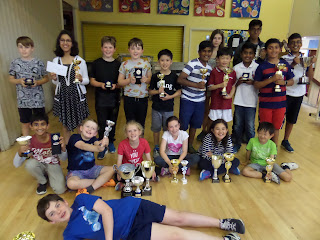 Many of the EJCA Grand Prix winners including (standing) Stewart, Josh and Jake from CJCC. Findlay (who attends the adult club in Chelmsford) slid in with his U14 runners-up trophy. 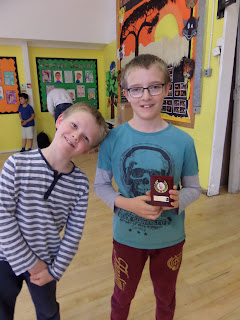 Eddie and Ben Pickwick (Ben with his best newcomer trophy).