This Sunday saw the latest H+H Fire Train and Play at our lovely new venue of Moulsham School in Chelmsford. Plenty of space for the players and parents and even shaded seating outside in the playground. 80 children took part including 20 current CJCC players.

As ever everyone was part of a team and had 3 graded matches against players of their own strength and 2 coaching sessions. This time IM Richard Pert and I were joined by WGM and IM Harriet Hunt (Britain's highest rated female player) and 2017 Essex Lightning Champion (and CJCC parent) Russell White.

Team Bobby Fischer - the youngest of our 4 teams - were the winners by half a point with 32.5 points. Team Judit Polgar (an all-girls team managed by Harriet) were 4th with 26 points so it was all very close. It turned out CJCC Jixuan Li's excited checkmate in the final game of the decisive match (Jixuan was down to his last minute on the clock) nudged his team to victory.

There was some great battling games from players of all levels. For CJCC our best point scorers were Alexander (fresh from a national karate competition the day before) and Bertie on 2.5/3. 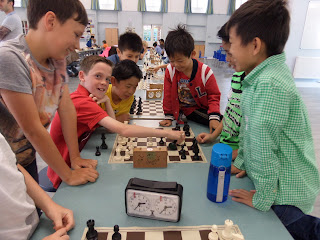 Friendly chess before the event started. Matthew (standing left) and Fraser (sitting at the board) will be off to represent Heycroft Primary in Southend at the English Primary School National Finals next week. Heycroft are 1 of only 8 schools to qualify. 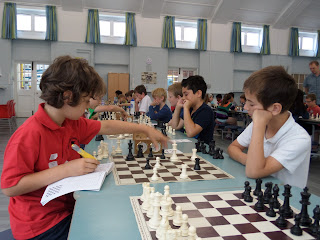 Theo for Team Bobby Fischer (left) in a tight game with CJCC's Andrew. Theo has just played pawn to g4 check and would go on to win but from the photo Andrew's pawn on a6 seems to give him the advantage. Many other Moulsham (and CJCC) players in the background on Team Magnus Carlsen. 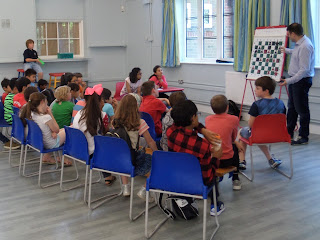 IM Richard Pert keeping all but Jake (right) focused on the demo board. 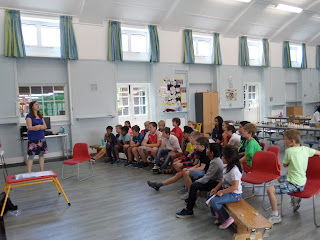 IM Harriet Hunt with her group. 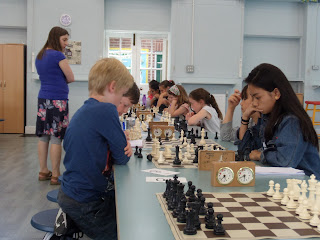 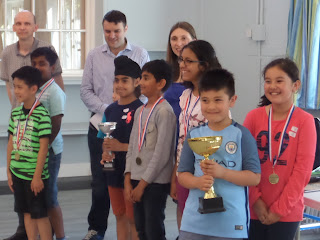 Some of our H+H Fire Grand Prix winners. 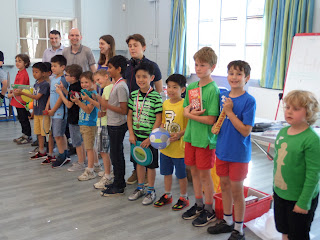 (Most of) victorious Team Bobby Fischer that I had the pleasure of managing for the day.