The older players today and we had a team competition. 4 captains picked their teams for a semi-final and final. Congratulations to Felix whose team of Olga, Ed, Adam, Cody and Annie were victorious. Felix also won the "Player of the Week" trophy for his fighting draw with Ben Pickwick in the first match.

Please remember there is no club next week (5th December) but back with a bang on the 12th December with the Christmas Buffet for everyone. 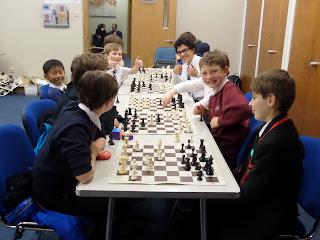 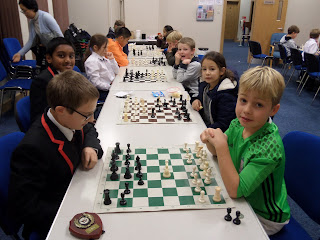 Ben playing Felix (right) in the first match. Felix's team would go on to win both matches. 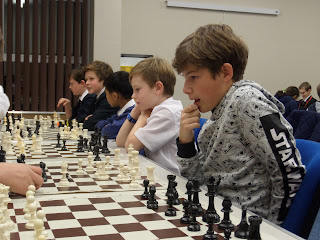 Nikita - who seemed to end up playing for all the teams - focused in the first match.