The younger half of the club today and the next games in the UK Chess Challenge. Well done to George who was "Player of the Week" for a tidy checkmate with his rooks against Milana.

Thank you to older players Theo and Leon for coming along to help and Russell White for bringing along the St. Anne's players and doing some teaching with Maheep and James on the big board. 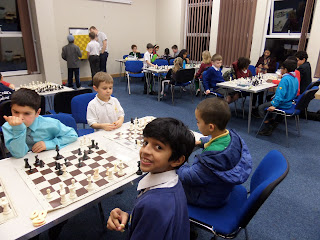 Wolfie, Hriday, Theo and Kai closest to the camera. 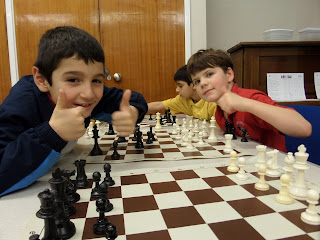 Freddie and Cody (who eventually drew their tournament game). Rishi behind them. 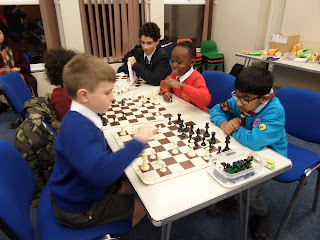 Lawrence and Anish closest, Leon keeping an eye on Kaan and Joshua behind. 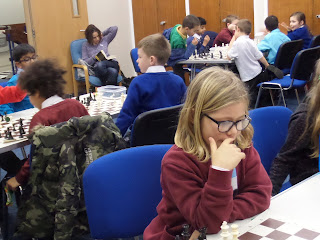 Amelie concentrating hard in her match. 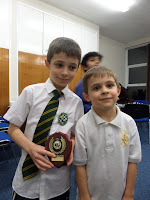 George and his younger brother Theo., Hriday peeking behind. 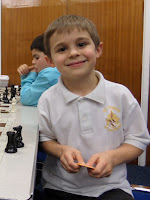