International Master Richard Pert and I organised a two-day FIDE-rated longplay chess tournament in Chelmsford this weekend. This is a new type of event for Essex and saw an influx of strong players from around the country to challenge the Essex juniors.

Congratulations to Urbi Modhura who won the trophy for the highest-placed Essex junior in the top section in a play-off with her twin sister Purba (both finishing on 3.5/5).

Most CJCC interest was in the other section with pride of place going to Ben Pickwick who was joint first with 5/6. It was great to have 10 CJCC players in the event with Jake and Olga also winning a prize. Full results are at www.britishchess.co.uk 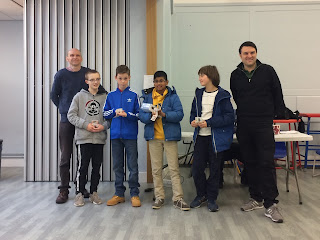 The 4 joint winners of the U100s - Ben, Fraser, Suriya and Tomas. Ben and Fraser are both part of the strong KEGS chess team. Tomas attends the adult club in Chelmsford. 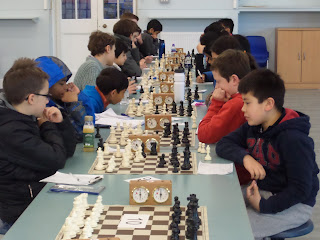 Action from round 4 of the FIDE event. Max Pert (on the right) would win this game to secure a partial FIDE rating. Next to him is CJCC's Alexander Lockett. 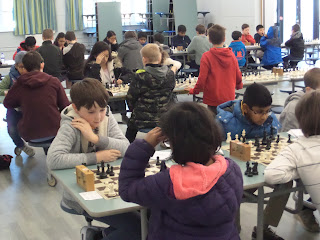 CJCC's Jake on his way to beating Amy and moving to 4/4. 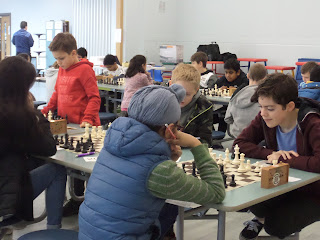 Alexander Brown (standing) would get a special prize for the effort he put in. Maheep has his back to the camera playing Jenni. 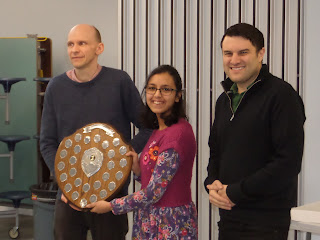 Highest-placed Essex junior Urbi Modhura with Richard and me.