This week and next weekend

A full hall this week with the younger players. We split into 2 teams captained by Leon and Josh. They selected sides and everyone sat down to play (this took longer to arrange than to think up!). Josh proved a better picker than and his side triumphed 9.5/3.5. The draw was by Alex and Michael who played a lovely game that was the last to finish. came and went but the kings survived. Checkmate practice next time.


This Sunday many of our players will be competing at in a junior tournament organised by Nina and Max’s Dad. It should be a great event with the added bonus of a simultaneous match featuring 3 time British champion GM Jon Speelman.


I’ll be at Camber Sands this weekend with two Moulsham teams for the southern final of the English Primary Schools championships (a massive event featuring about 80 teams and 500 children). Five of the Moulsham players are part of the Tuesday club and the school has done very well to qualify. Everyone on the teams has remembered our number one aim – Have Fun – even if they’ve forgotten some of the chess we’ve learned.


Below is a picture of Nina, Max and Olga with their trophies from Sunday and a couple of the match in action. The very best of luck to all our players this weekend. 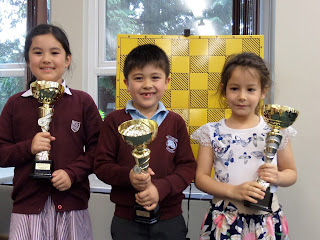 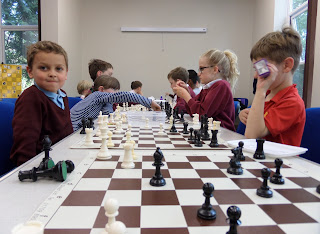 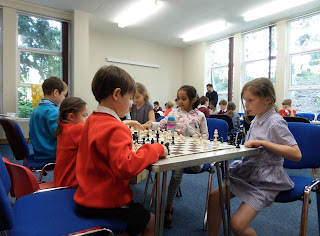