This week was the Christmas buffet for the older players. Thank you to everyone for bringing something in. There was a ridiculous amount of food but with a focus and determination rarely seen by the juniors in their chess most of it got eaten. Thank you very much to the parents who helped clear up.


In between courses we looked at the chess position from the first Harry Potter film and Stewart received a medal for the player from the older group who I felt had worked hardest on his chess over the year. Judging by the reaction of the other players this was a good decision. 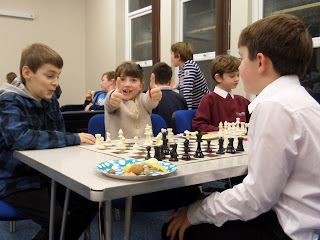 Francesca helped by Stewart against Jake 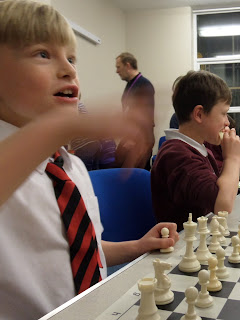 Tom with his attention elsewhere 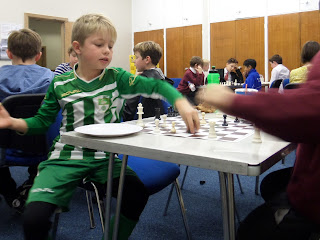 Felix in action against Nikolas 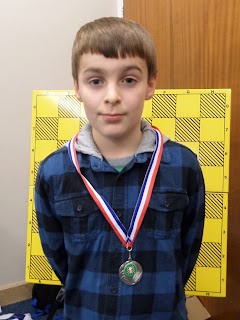 Stewart with his medal for his chess work in 2016 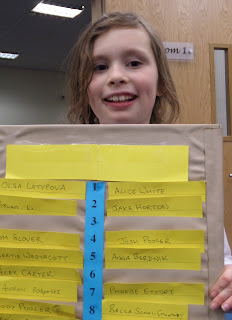