Older group today. We are in the middle of an all-play-all tournament. Some of the Year 7 and 8 players practiced a time control (8 minutes plus 2 seconds a move) they'll be using at a secondary school team event on the 25th November.

At the end of the session we all looked together at the end of a game that cost former CJCC parent IM Richard Pert a few thousand pounds last week. One slip at the end of Round 9 undid all the good work of the previous 4 days. Harsh game sometimes. Well done to Adam Baker for finding the plausible but flawed move Richard played and to the others who found a better one. 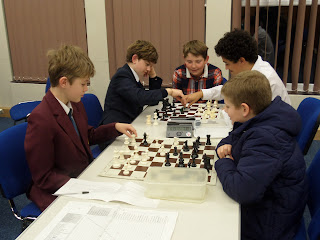 Tom engrossed by Lucas's match with Leon. Welcome back to Lucas after a year away. 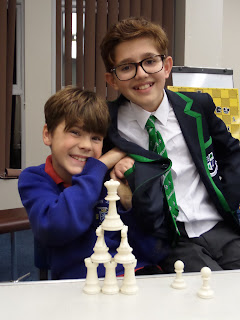 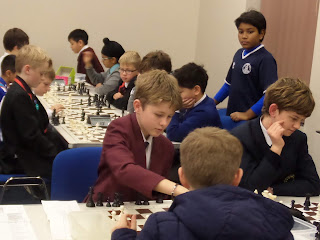 Saad (standing) also made a welcome return to the club after a long break. 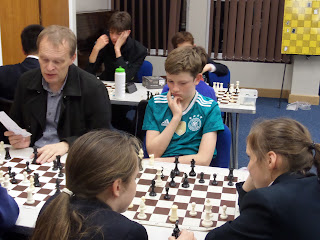 Toby looks worried by the Alice and Alice team. His king looks in trouble but he went on to win. 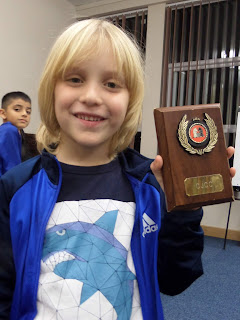 Nye from the younger group with his Player of the Week trophy. He is one of our most improved players this term.