CJCC will restart on Tuesday 10th September with the older players. 4.30pm to 6pm as before. The dates for the rest of the half-term are below.

One chess date to mark in your diary:

IM Richard Pert and I were joined at different times by GM and former British Champion Joanthan Rowson and older Essex Juniors Daniel, Scott and Asci to deliver the coaching.

A full report and video clip will appear on the blog at www.britishchess.co.uk but below are some photos to give a taster of the event. 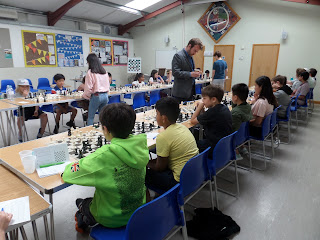 GM Jonathan Rowson in a simultaneous match with Asci and Daniel helping against the lower half. 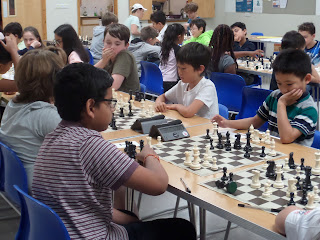 Guha vs Rezin closest to the camera. 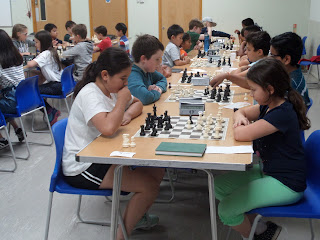 Nina (British U11 Girl's Champion) and Olga - two of the UK's strongest girls for their age - in battle on the top board. 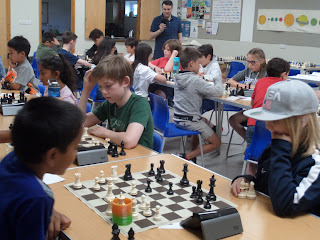 Kush employs the little known Slinky Defence to keep his king safe in his all-CJCC match with Nye.


Looking ahead I'll be delivering a morning of chess coaching at the CJCC venue on Saturday 24th August then there is an invitational EJCA coaching day on 8th September.

The regular CJCC season will kick off with the older players on 10th September.