Back to the younger half of CJCC today. Tom is the new leader on the ladder because of learning the rook and king versus king checkmate on the demo board then proving his mastery of it against Sophie. 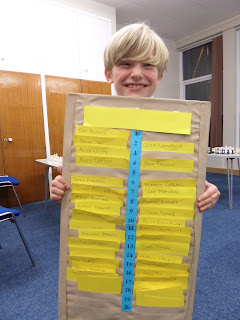 Josh was inspired to try a simultaneous challenge after hearing about Sunday’s event. He took on 6 players and was promptly checkmated in 4 moves by Freddie. Final score – one loss, five unfinished. An entertaining finish to the afternoon though for all involved.


Alex and Cody battled away for almost an hour before their game finished in a draw. Congratulations to both of them for a fine effort and some excellent concentration despite Freddie and Wolffie distracting Cody with their Match Attack pack.