Last Sunday (15th) was the 1st H+H Train and Play at . 50 children came along to enjoy some coaching from International Masters Richard Pert and Adam Hunt and myself. The sponsorship from H+H will allow Richard and me to bring in a series of top guest coaches for the events.

Team Magnus Carlsen (managed by KEGS teacher Tim Worrall) won the team competition. One of the nice parts of the day is that everyone is in a team and plays three matches for their team against opponents of their own level in between the coaching sessions. CJCC were represented by 10 current or former players. 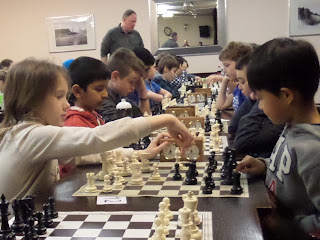 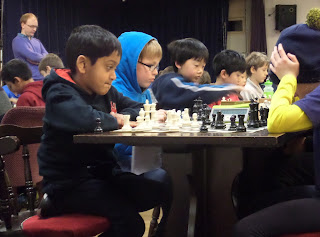 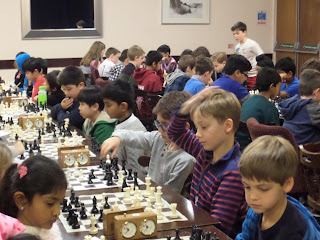 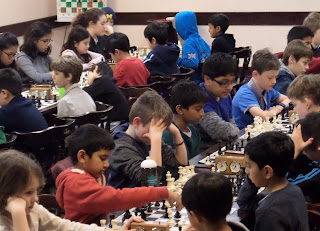 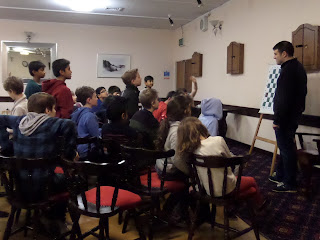 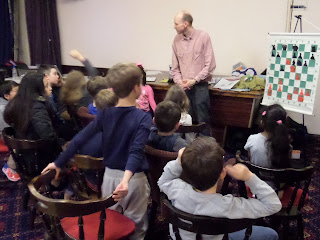 Me with Group C. 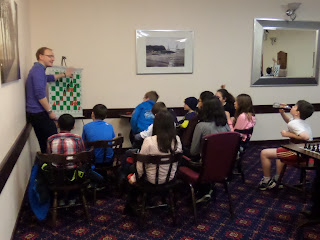 IM Adam Hunt with Group A.

For further details of past and future events see www.britishchess.co.uk and feel free to email me with any questions.