This week is the 1st H+H Fire Chess Holiday Camp. They’ll be another one immediately before the British Championships at the end of July. The event is hosted by IM Richard Pert who was assisted with the coaching by IM Adam Hunt and me.

Today was the first day and below are some photos of the coaching and the chess playing. We finished off with a series of team matches played over a number of boards with each player making one move on a board for their team before heading to the next. 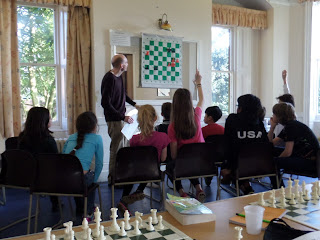 Leading the top coaching group through a rook and pawn endgame. 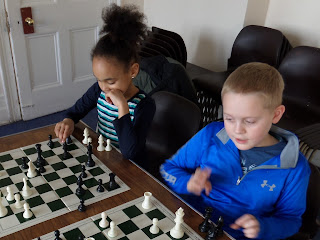 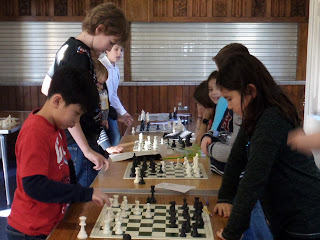 Group A in their multi-board match (won by the girls after an Armageddon play-off). 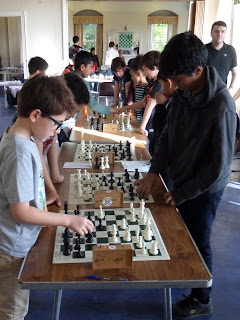 Group B in their multi-board match. CJCC player Adam nearest the camera.
CJCC will return next week (21st) with the older players.
Best Wishes
Robin
chelmsfordjuniorchess@gmail.com
Posted by Chelmsford Junior Chess Club at 13:18