At the club this week Josh and Jake played a joint simultaneous match on 6 boards against the younger players at the club. They came out on top by 7 wins to 4 but congratulations to Adam, Kai (helped by Felix), Olga and Jixuan on their victories. Josh and Jake did really well. They rose to the challenge of a simultaneous match even when faced by the odd opponent with a higher grade than they had.

Below are a selection of photos from the week. 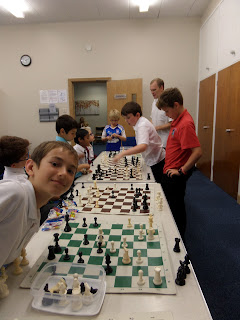 Josh (in red) and Jake on the right in their simultaneous match. Andrew at the front on the left. 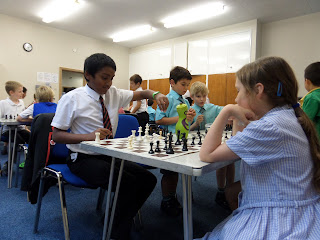 Neil playing Alice in the foreground. 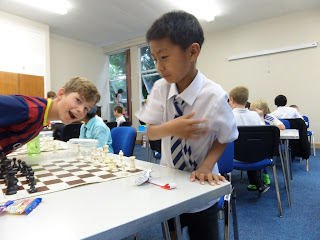 Nikita keen to slip into Jixuan's picture as he is about to start a match. 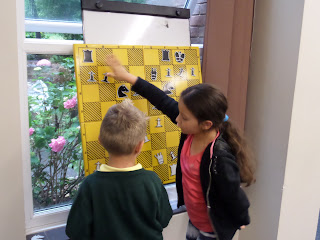 Olga teaching Andrew on the demo board.