Last weekend was the South of England Gigafinal with 9 CJCC players taking part. For many of them it was the biggest tournament they had ever played in and they all did themselves proud.

Particular congratulations to Olga who scored 5/6 in the U8 girls section to qualify for the Terafinal and Alexander Lockett who managed an excellent 4/6 against 6 opponents rated higher than himself. 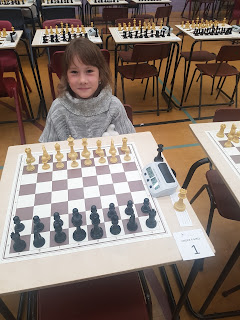 Anna ahead of her first game. She would go on to score a very respectable 3/6. 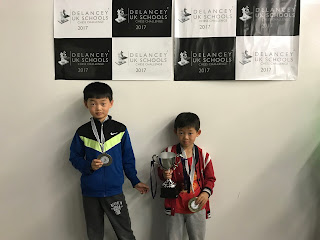 Jerry and Harry Zheng from Chelmsford. Jerry (left) scored 5/6 in the U9s and Harry 6/6 in the U7s. Both boys are off to the British Championships next week. 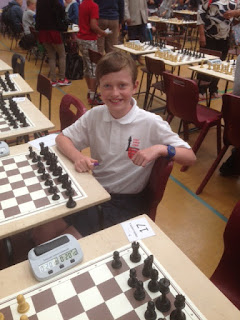 Essex U11 and CJCC player Alexander before going on to battle all day at the top of the tournament. He lost his last game to finish on 4/6.