Last weekend was the English Primary Schools Chess Association tournament at Pontins in Camber Sands in . A number of Essex schools had qualified and I went down with for the two day six-round tournament for teams of five at U11 and U9 level.


It was a great event for with 3 schools in the top 5 (out of 36 teams) in the U11s. Heycroft, West Leigh and Brentwood Prep did brilliantly. It helped that many of their players had attended the Train and Play and Essex Junior Chess Association coaching days over the last year as well as playing in the EJCA tournaments.


Moulsham A raced to 9/10 and the tournament lead before facing the strongest schools and dropping down. Stewart Day’s battling victory in the last round proved enough to earn Moulsham their first ever silver award at U11 level. Moulsham B managed a very credible two wins and every player scored points for the school.


More importantly all the players showed they knew how to win and lose with good grace and were a credit to their schools. 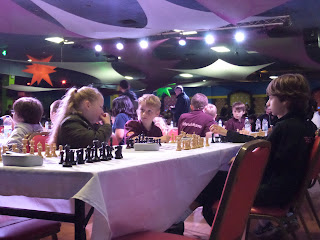 Rose talking to Adam ahead of Mousham A's surprise 4-1 win over The Hall B. 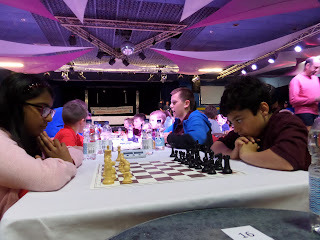 Sami (board 1) and Ciaran (board 2) waiting to begin their match with Prince Avenue. This would be Moulsham B's first win. 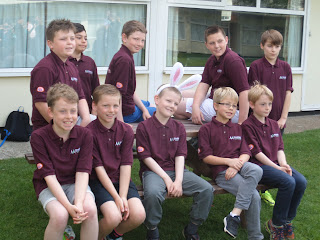 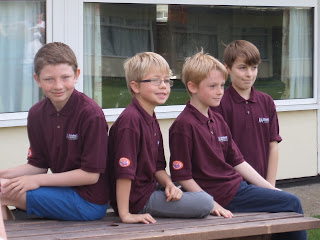 Moulsham A and CJCC players (l to r) Toby, Felix, Adam and Stewart. 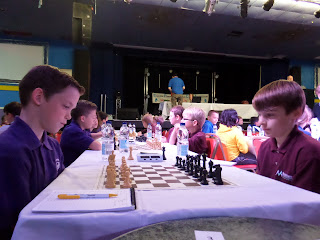 Fraser (left) and Stewart did a brilliant job leading their teams. Fraser would win this game and Heycroft would finish 2nd overall. Both boys will start at KEGS in September which is great news for their chess team.