As ever it was great to see so many CJCC players taking part in the latest H+H Fire British Chess Train and Play event in Chelmsford on Sunday. Adam was our top club scorer with 3/3 just pipping Ben Chang and Jake who scored 2.5.

I was just as impressed though by the effort put in by some players who didn't end up with any wins and the great spirit everyone showed. One of these players - CJCC's Alice White - won the "Player of the Day" trophy for this reason.

We had a coaching quartet this time with WGM Dagne Ciuksyte and Lateefah Messam-Sparks joining IM Richard Pert and myself. Although the majority of players come from Essex some come from much further afield. This time Rohan Pal had made the longest journey (from Birmingham) so it was good to see him finish on 2/3 and be part of the winning team.

Team Judit Polgar - managed by Dagne and captained by Chris Willoughby - won with 31 points with the other three teams all finishing on 25.5 or 26. The majority of the winning team were girls and it is always nice to see so many girls at our events.

A full report, results and more photos will appear at www.britishchess.co.uk but in the meantime below are a few photos of the day. 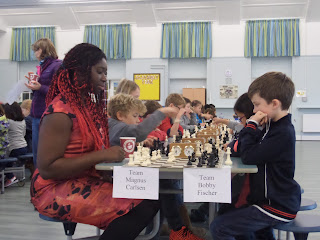 Lateefah testing out Ranulph in a friendly game. 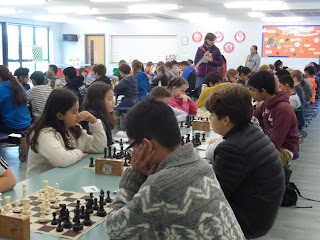 Kyan on top board for Team Garry Kasparov against Team Judit Polgar. 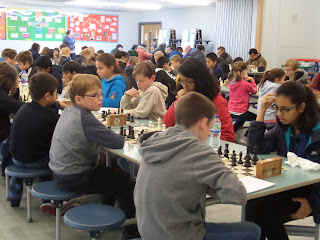 Rohan keeping a close eye on the top board in the Team Bobby Fischer vs Team Magnus Carlsen match. 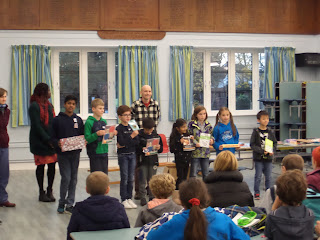 The players who scored 3/3 receiving their prizes. 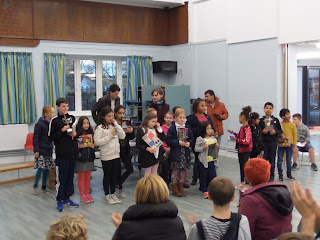 The winning Team Judit Polgar. Chris on the left with the trophy and Dagne standing behind.