Yesterday saw something of a coup for British Chess with an evening of chess with US FIDE Master Mike Klein alongside IM Richard Pert and me at Moulsham School.

Mike is better known as FunMaster Mike from the excellent ChessKid website. ChessKid's one million users worldwide make Mike arguably the world's best known junior chess coach. The juniors who know Mike so well as their online chess mentor had the weird experience of seeing a virtual figure become flesh and blood.

Mike gave a great talk about looking for unusual moves and then took part in a simultaneous match alongside Richard and me against all the juniors. He was brilliant with the juniors and it was a special evening to be part of.

Congratulations to Moulsham and CJCC's Adam Baker who played a very nice combination to be the only winner in the simultaneous match. 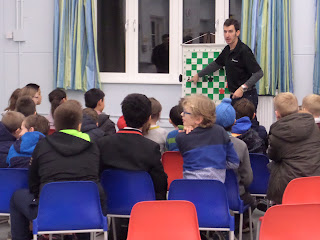 Mike illustrating one of the ideas. 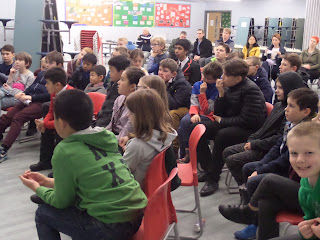 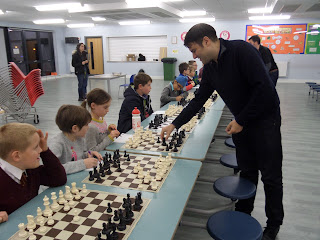 Richard opposite a row of CJCC players watched by Byon. 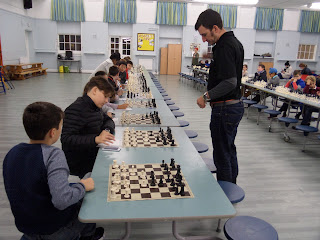 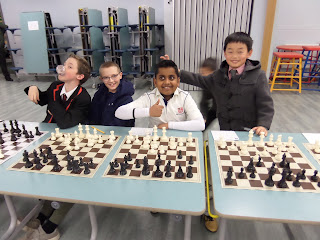 A perfect photo for a caption competition!