Bad timing for us today with the snow which meant about half the players who entered couldn't take part. Impressive effort by Dagne battling down from Suffolk to be our Guest Coach.

We had a friendly match and coaching by IM Richard Pert and WGM Dagne Ciuksyte in the morning then split into 4 teams (parents and children) for a team competition in the afternoon.

Findlay's Noisy Knights team (with CJCC players Alexander and Maheep) were the winners with the other 3 teams separated by half a point. CJCC parents Jag and Dee were two of 5 players to score 3/3.

A report and photos will appear on the blog at www.britishchess.co.uk 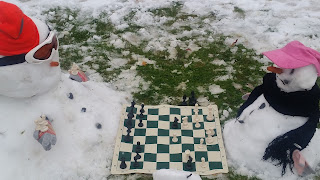 Dominique and Charlotte's chess sculpture created at home when they couldn't make the day. 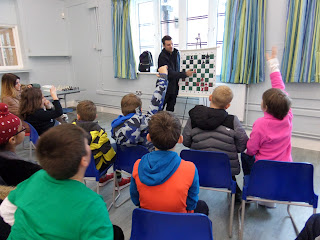 IM Richard Pert with his coaching group. Anna with her hand up at the front. 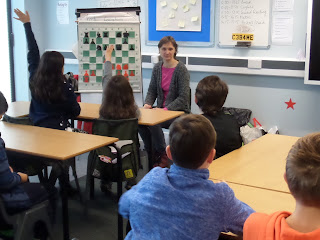 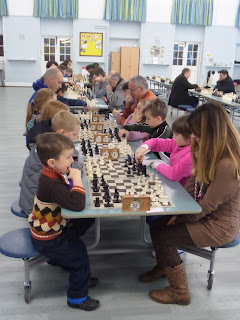 Daniel vs Dee in the foreground. 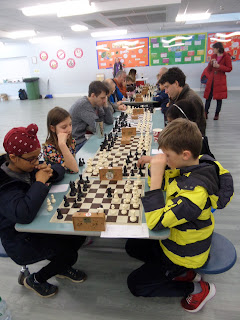 Maheep vs Hugo with Dagne watching at the back.