Another busy afternoon with 30+ players so thank you to Scott and Russell for all their help. Neil was my Player of the Week for his fantastic reaction to getting a draw with James N. James Z played the best chess in beating Ben in a game that took all afternoon.

Good luck to Maheep, Lawrence and Jixuan when they play for Essex U9's for the first time this weekend. Adam was also invited but couldn't play. 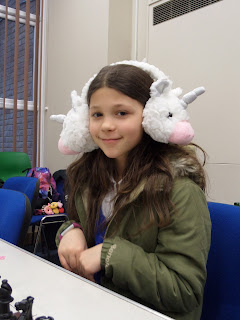 Phoebe's unicorn ears couldn't save her against Francesca or Saanvi. Confusing games to follow when the pieces got replaced by a mixture of toy unicorns and chess mascots. 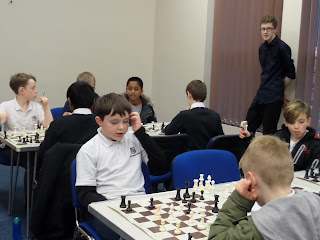 Jake looks concerned against Adam. Scott is keeping an eye on things. 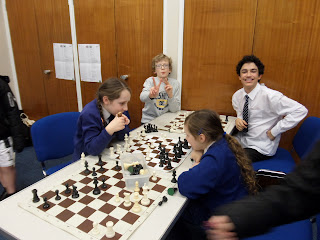 The two Alices playing with William and Leon behind. 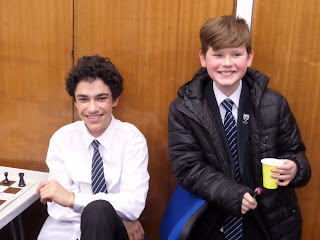 A more normal picture of Leon and Jake - snack proprietors past and present - not playing chess. 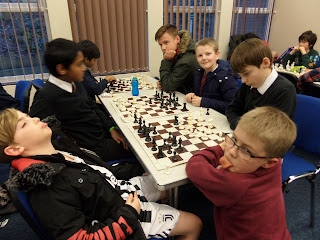 Bertie's game with Stewart is obviously not going well.